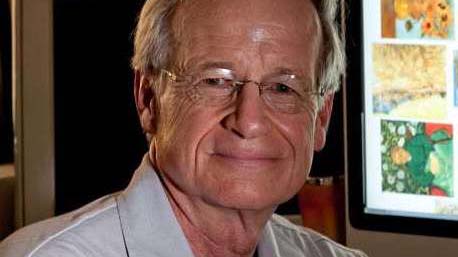 Recipients of the award are selected based on peer reviews, student commentary and evaluation, and contributions towards improving the student experience.

His teaching is the heart and soul of the department’s undergraduate curriculum and he deserves recognition at the School level and beyond. In recent instructor evaluations, several students fittingly used the word “legend” to describe him, said ECE Professor in the Practice Gary Woods.

He served as president of the IEEE’s Signal Processing Society, received the 2000 Signal Processing Society’s Meritorious Service Award and is an IEEE Life Fellow. Johnson received the Award for Excellence in Teaching in 1988. He was also the recipient of the Award for Superior Teaching in the school of Engineering in 1982, 1985, 1986, 1995 and 2005.

Johnson’s research focuses on statistical signal processing, including the identification of the weave characteristics of the canvases of master paintings, and non-Gaussian signal processing.

He will formally receive the award at the annual University Awards Ceremony, hosted by the Center for Teaching Excellence and held in McMurtry Auditorium, Duncan Hall, on April 26, from 3 to 5 p.m.